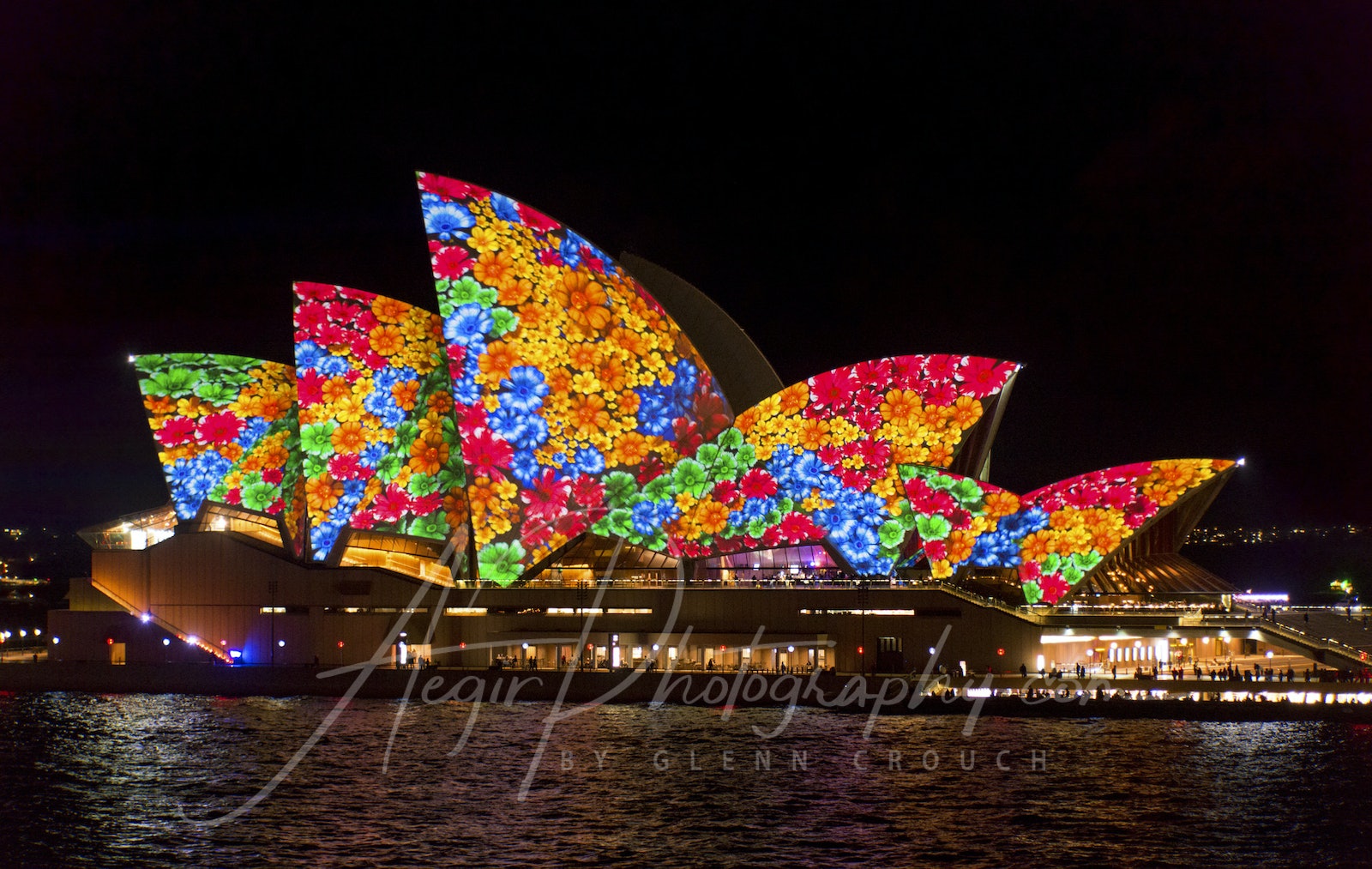 How to survive photographing VIVID Sydney

"Too many people, too many photographers and everyone gets the same photographs".

I've heard this complaint from photographers for rationalising why they don't bother shooting the amazing VIVID festival anymore in Sydney. I've been shooting it since it began and I never get tired of it. Each year it becomes more popular and it's grown from some simple static displays around Circular Quay to encompass a large swathe of the Sydney basin including the north shore and Chatswood.

Of course the downside to that popularity is that the crowds have exploded and on the weekend there's little room for tripods and clear shots. So if you've never shot VIVID before and are thinking of going into the city to get some photos, this blog is for you !

To survive VIVID and come away with some pleasing images, I suggest you adopt the Three Ps principle.

Patience. Sydney is a city of 5 million people. It's busy. It's crowded. And when a few million people get wind of a FREE event, they'll flock to see it. If you're like me and you're not a big fan of huge crowds and tens of thousands of jostling people, then you need to accept that it's a fact of life in the city and adopt a live and let live mentality. There's no point getting aggro and worked up because everyone had the same idea as you. Be chill, take a deep breath and consider your options.

Planning. Do not go in on the weekend. May sound obvious, but for a lot of people it's the only time they can get into the city and view the displays. Don't do it. Avoid the weekends at all costs, even later at night it's still busy. So plan for shooting during the week. Take your camera gear into work and head to your location right after work. Shoot sunset while you're waiting. If you're planning on shooting the Opera House, when the display starts most people are having dinner, so it tends to be relatively quiet. Setup then and shoot the first couple of cycles of the display. Then move on. Early in the week tends to be quieter. And later in the evening the crowds will start to thin out. Accept you're going to have a late night and focus on achieving the shots you want.

Persistence. Too busy around the Circular Quay precinct ? Change your plans for that night and move around to Walsh Bay or North Sydney. Plan to return the following week when it may be quieter. Too many people standing in front of you. Take a deep breath and remind yourself that they'll eventually move on. Not moving quick enough ? Move your position next to them. Or move on yourself and come back to shoot the display later on. VIVID is on for 23 days, give yourself time to cover the ground you want to see most.

Remember there are other displays apart from the big 3, the Opera House, MCA and Customs House. VIVID has now spread all the way around from the Rocks to Barangaroo, north to Chatswood and in the Botanical Gardens and Martin Place. Explore them. They are often much quieter and less crowded, giving you time to setup and get plenty of shots.

Rain is your friend. Sydney often gets a few stormy nights in late May and early June. This will keep the crowd numbers down, and makes for some fantastic photography conditions. If it's been raining, look for puddles on the ground and use them to create reflections of the displays.

Another night to consider shooting is the State of Origin game night (as long as you're not a rugby fan !). Again this will keep crowd numbers down and is a good night to shoot the Circular Quay precinct.

Go hand held. If you have a relatively fast lens (one that has a low Fstop number, like a 50mm 1.8 etc), then consider leaving your tripod at home and shoot hand held. Given a lot of displays have rapidly changing animations, you need to be shooting with a fast shutter speed anyway, so crank your ISO and go for fast shutter speeds to freeze the displays.

Above all, don't forget to stop and just enjoy the displays. Sydney has some amazing architecture which is highlighted by the incredible displays put on each year during the festival. It's one of the biggest free art festivals in the world. Take it all in. And have fun capturing images of this amazing festival.